The Menominee ceded this territory to the United States in the 1836 Treaty of the Cedars, after years of negotiations about how to accommodate the Oneida, Stockbridge-Munsee, and Brothertown peoples who were being removed from New York to Wisconsin.  In the Menominee language, this place is known as Māēnomehsāyak, “wild rice along the banks”. The name refers to the  wild rice which is a traditional staple of the diets of many Native Americans living in the area, particularly the Menominee, whose name in English is ultimately from an Ojibwe word meaning “people of the wild rice”.

In English, Shiocton was originally named Jordan’s Landing, or Jordanville, likely attributable to Woodford D. Jordan, one of the two first white settlers of the area. The community being referred to as Shiocton came later.

The village is regularly visited by fishermen because of the Wolf River, which meanders through the village. The busiest time of year is in April, starting with the walleye spring run on the river. Later in the month, sturgeon spawn in the Wolf River as they swim upstream from Lake Winnebago. Crowds gather at Bamboo Bend west of the downtown area to see the fish as they spawn along the banks of the river, and the Wisconsin Department of Natural Resources studies the fish during that time. Other events include the late-July fly-in at the Shiocton Airport, a privately owned airport, and the September “Cabbage Chuck” contest sponsored by St. Denis Catholic Church.

The village of Shiocton has three parks and one trail.

The Shiocton Airport is located within the town of Shiocton. It is privately owned and has 2 grass runways. 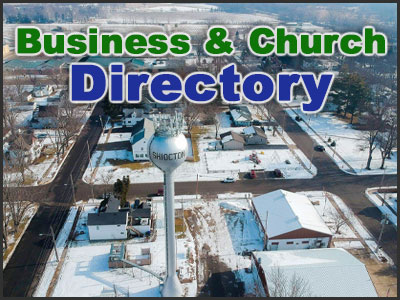